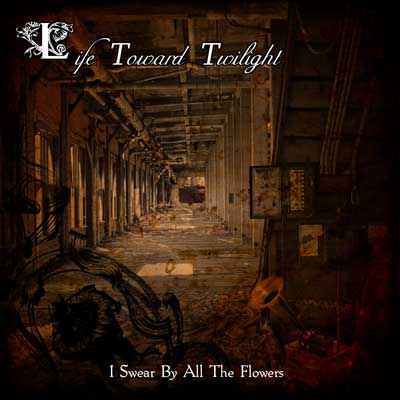 The Silent Ballet posted a review for “An Eclipse”:

Have you ever walked home through a city at four in the morning? Walking a couple miles along roads and concrete normally fraught with activity can be a surprisingly quiet experience. You encounter bright street lamps, electric signs with circuit quirks, the occasional trash-rummaging animal and a few cars driven by what seem like zombies, but mostly it's just you and yourself.An Eclipse sounds like one of these late night walks, and Life Toward Twilight, as a name, is ever so appropriate for Daniel Tuttle's music.

An Eclipse, a 3″ CD on the Bottle Imp label, is the fourth official release from Life Toward Twilight. Tuttle made 25 copies of this work in 2003 to give away, but this is the first time it's ever been available to a wider audience. The album is divided into two movements, and lasts just the right amount of time for you to say “no” to a taxi and take a jaunt through the concrete jungle. It begins with a slow-pulsing drone of grey clouds, evoking that feeling of pause one gets when stopped near a solitary street lamp, while exploring a sleeping city. Nocturnal whirs and swaths of bowed metal join a distant melange of singing bowls as the dominant 'Om' drone weaves subterranean tones at a lugubrious pace. The ominous nature of some of these sounds are kept at arm's length and don't sound either bright or overly dark. It's dark, but not freak-out-dark, like if you can imagine how an abandoned building won't hurt you but can keep your exploration modest.

The second movement is a collaboration between Tuttle, synth/noise player Brent Nicholas, and female vocalist Elyse Reardon. Here, sonic weather enters the fray, as mechanical tones and damaged winds force their way through your headphones, often blowing them out entirely. Slowly we hear Reardon's haunting, headless vocals drift out of the storm clouds, casting a shadowy mood that invokes decaying beauty. If I were engaged in a terrifying interactive video game environment, fearfully turning corners where aliens could be waiting to pounce, this music would really fit. On its own, An Eclipse is honestly not all that gripping, as I feel its attempt at spookiness is too ambitious for the sounds themselves. Its timbre and minimalist quality is very similar to some of Richie Hawtin's beat-less Plastikman work, which always puts me on pause and makes me feel like a meat puppet on drugs.

The album closes with a bit of a twisted “epilogue”. A cello or other stringed instrument is bent and colored sepia on a crackly turntable, sounding much like the bygone-era sound collages of Eric Cordier, while a hushed male voice recites a brief poem. It's a nice, aural pastiche, as if we are privy to a final scene when the speaker was alone in his apartment hours after a cosmic event, writing these sparse words to a loved one, or himself, or no one.

An Eclipse's dark, ambient bath of sound is a decent, pocket-sized piece of Life Toward Twilight's work, but it isn't long enough to really engage in Daniel Tuttle's world. The tracks are missing a bit of the depth that gives similar artists (i.e. Aidan Baker, Maeror Tri etc.) an edge and a listener's longevity, but for someone wanting a gateway drug to the world of dark ambient music, you might take a crack at a disc like this.

Get from Bottle Imp Productions now.

Help me understand how you use Spotify

I am looking for more information to improve your experience

Send this to a friend